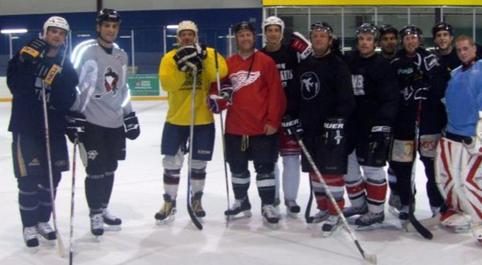 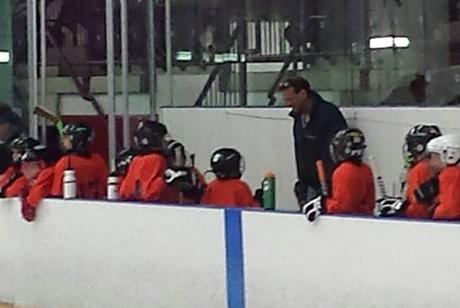 I am active in the community where I am known as Johnny Chinstrap or Chinner, mentoring and coaching youth, volunteering and working with local charities .   I coach  summer ice hockey and despite knowing nothing about soccer, helped coach a summer soccer team.  I have coached ice hockey, ball hockey, baseball and softball and volunteered for youth programs at the YMCA.  I tutor high school students in both math and Physics and developed a program to reduce math phobia while instilling a basic understanding of math.  In the winters I volunteer for Out Of the Cold a program for homeless and disadvantaged members of the community.

In 2009 we started a charity called play with the pros.   Dan Girardi ,  Andre Deveaux, Dan Paile and I came up with the idea after a summer league game in 2009 which gave local youth the chance to play pick up with local pros. Working closely with 3 local school principals we raised over $20,000 in the first year.  The second year I enlisted the help of a long time business associate, Sue Fluellon to help bring on the Rotary club to run the event.

Over the years I have been able to convince my other NHL players like Paul Bissonette, Matt Ellis, Adam Munro, Zenon Konopka, Riley Sheahan, and Taylor Beck to play along with many other Canadians playing in Europe. 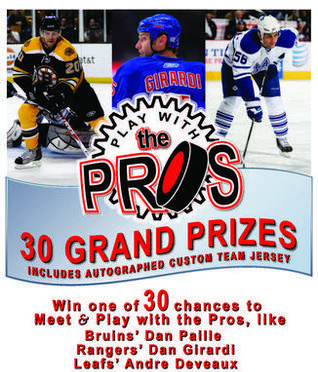